An embroidered shoulder title to the QOR. This looks like a starch back example.  read more 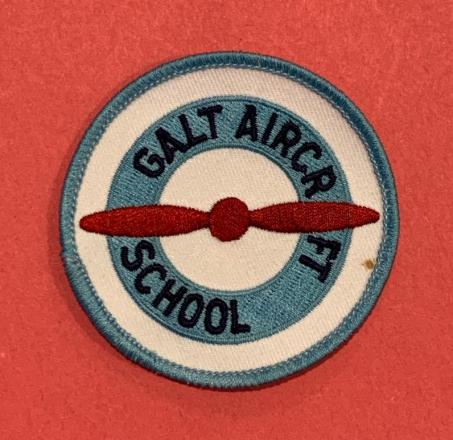 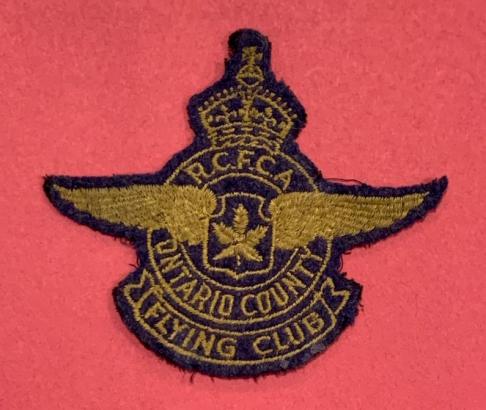 
A very scarce patch to the RCFCA Ontario County Flying Club. These flying clubs were formed (beginning in 1927) and worked with the Canadian Govt/RCAF to train pilots. By the end of WWII, they had trained approx 2000 pilots.  read more


A wool title to the Calgary Tanks  read more 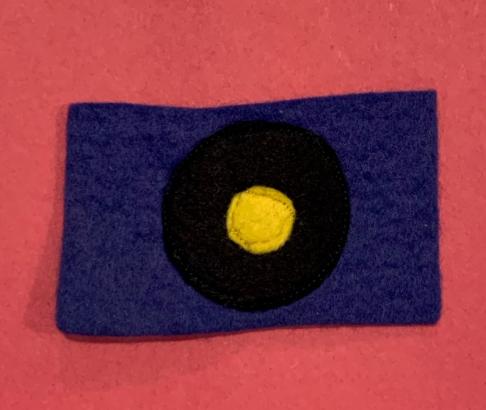 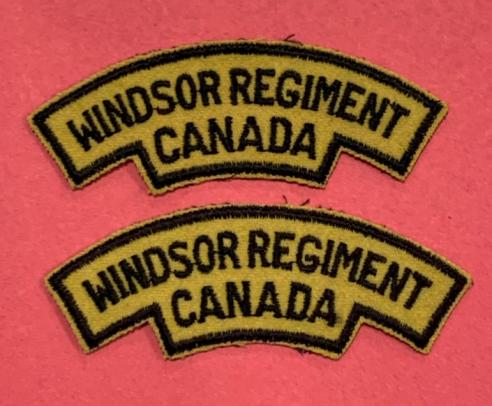 The Windsor Regt was formed in 1949 (previously the Essex Regiment - Tank) and wore these titles into the mid 1950's. See "Fabric of War" by Bill Alexander (pg 423). read more 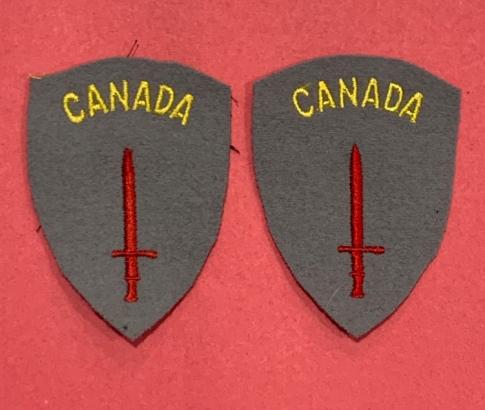 
A mint matching pair of cloth patches as worn by the 1st Cdn Infantry Bn/27th Canadian Infantry Brigade (circa 1951-52).

In January 1951 another Canadian Army was created for service in the North Atlantic Treaty Organisation as the Permanent Force was earmarked for defence of North America. Since Canada was the only member of NATO without conscription (except for Iceland)... read more 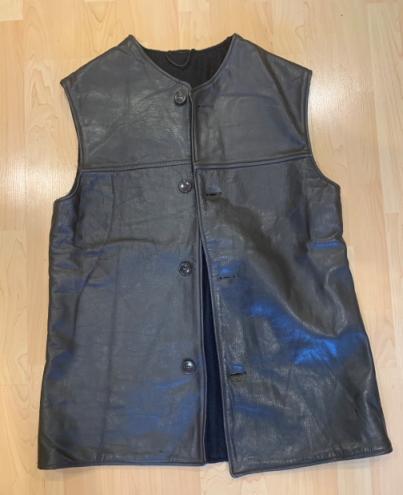 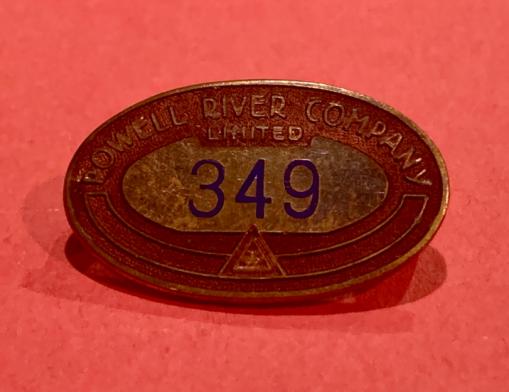 
As worn by employees at the Mill during WW2. Number 349. 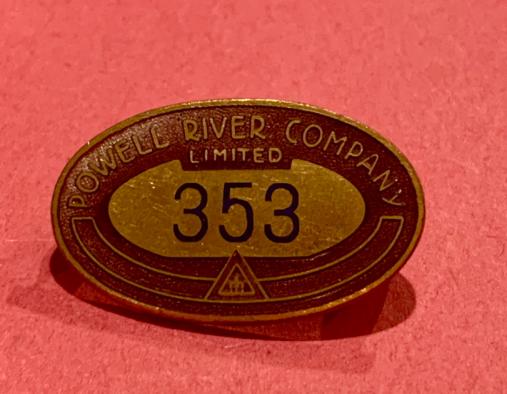 
As worn by employees at the Mill during WW2. Number 353.